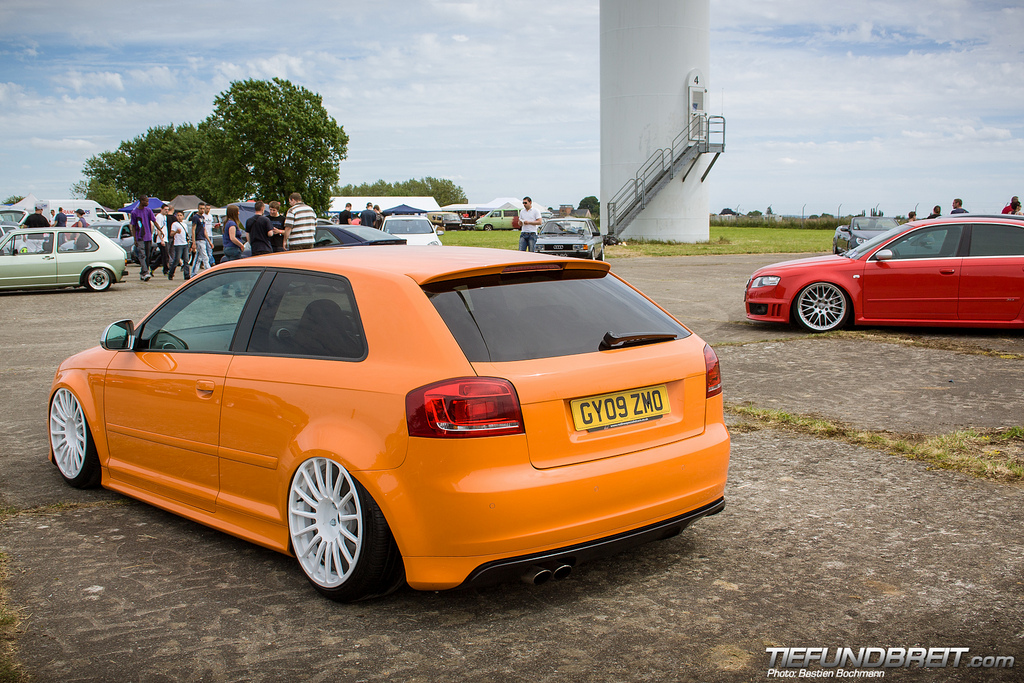 Picking up where we left off, here’s part two of our VW Days coverage… Can you say ‘rare’ ? A genuine Golf GTI 16S – an Oettinger produced 16-valve Mk1 GTI only for the french market. This Mk1 Jetta looked ready to tackle the track… …and judging by it’s engine bay, I’m sure it’s a lot of fun! Some more BMW love came in the form of this gorgeous E28 sitting on Schnitzer wheels. It’s too bad I didn’t catch a photo of the engine bay of this bug – it was packing a motorcycle engine! This thing was just out of this world… A modified VW T3 pick up pulling a custom car trailer with a camper on top and what has to be the widest ever VW Derby sitting on it. This car is obviously some kind of slalom/auto-x or track day racer, judging by it’s modifications. To say it with the words of today’s internet culture: Dat Ass! You could fit a whole cell phone into the dish of the banded steels… and it was running these monsters on all four corners! And speaking of campers… this VW caddy was packing a huge camper shell that easily dwarfed the car it sat on! This Mk1 was sporting some of the funkiest wheels I’ve ever seen… who ever heard about a two spoke wheel? Graffiti on your Jetta? Why not?

VW Days France was a massive event, almost too big to describe it. And I now see why it’s considered a favorite amongst the european VW community. I’m sure we’ll be back next year… because this show promises a quality time! 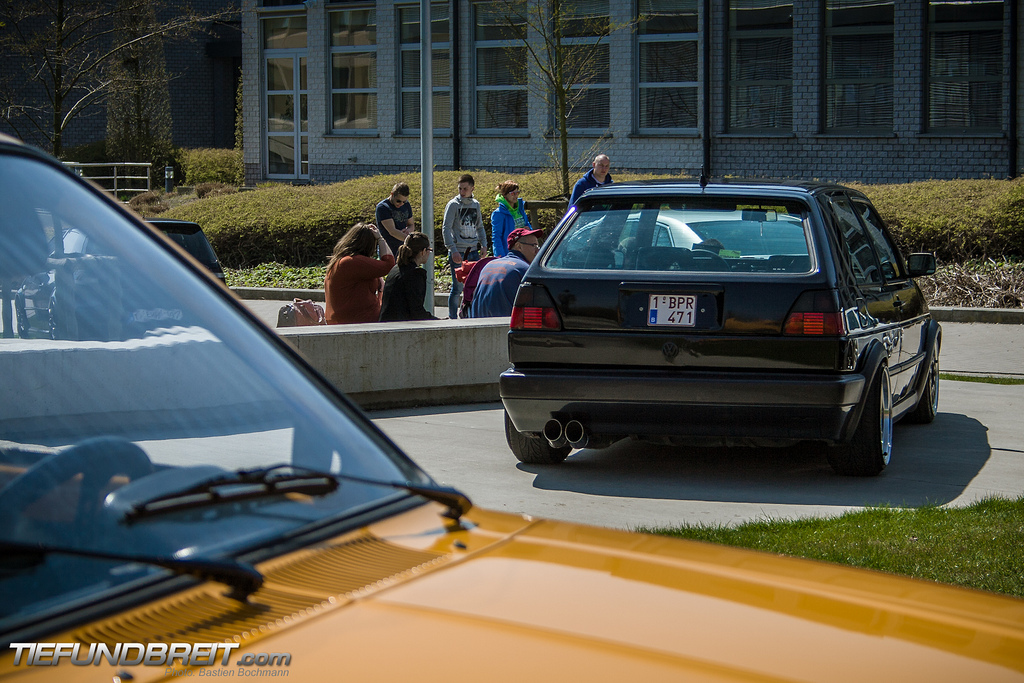 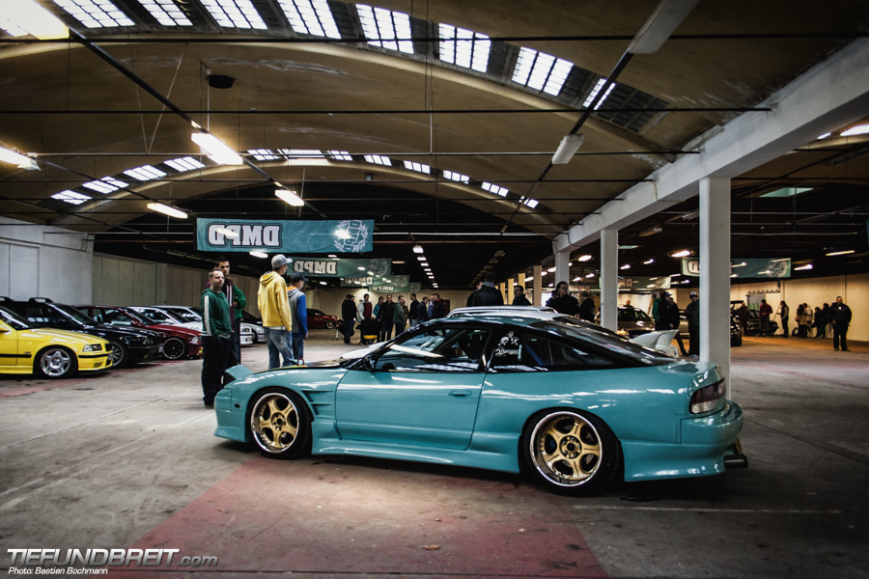