I want to tell you guys about the amazing road trip I took this summer. Starting in Germany, I crossed through Belgium and France on the way to Great Britain. All that, just for a car show – and a small one at that. As you can see here on my car’s computer, my Touring still gets quite amazing gas mileage! 7.1l per 100kms – that’s 39.8 mpg for you american folks – is quite respectable for a ~15 year old 6-cylinder. I shot this picture, while I was filling up for the last time in continental europe. A bit later, I finally arrived in Dunkirk, where I would be boarding the ferry to cross the channel. Let me tell you – the Dunkirk ferry harbor is not at all friendly to lowered cars. So many unavoidable speedbumps! Tho, this made for a funny moment, when I scraped over the speedbump in front of the passport control booth and the clerk in the booth nearly fell of his chair out of sheer surprise, haha! I finally made it onto the ferry, after some confusion with the crewmen, who at first wanted to send me to the upper deck, but quickly held me off and pointed me to the lower deck when they saw how much the car was lowered. The ferry ride was pretty uneventful, but it was very impressive to see the white cliffs of Dover appear out of the mist in the early morning… Finally arrived in the UK! Here I’m parked at the Dover ferry terminal to apply the stickers to the headlights. If you drive into the UK with a LHD car, you have to put these stickers on your headlights, so they don’t blend the RHD cars. I passed through Brighton for some sight seeing on the way to where I would be staying. My host would be a guy named Hayden, whom I knew from the Stanceworks forums. Once I made my way up to Hayden’s place in Horsham, he introduced me to his neighbour John, who’s an E36 driver as well, so we all hit it off right from the start. To properly welcome me to Britain, the lads took me to a round of the pubs, which ended up being absolutely hilarious in the end, haha.

The second night, we ended up shooting some photos around Horsham and trying out some lightpainting techniques… On the third day, we went up to the meet of Stanceworks | UK held at the Heritage Motor Centre in Gaydon. Thanks to Hayden for snapping these pics on the way: 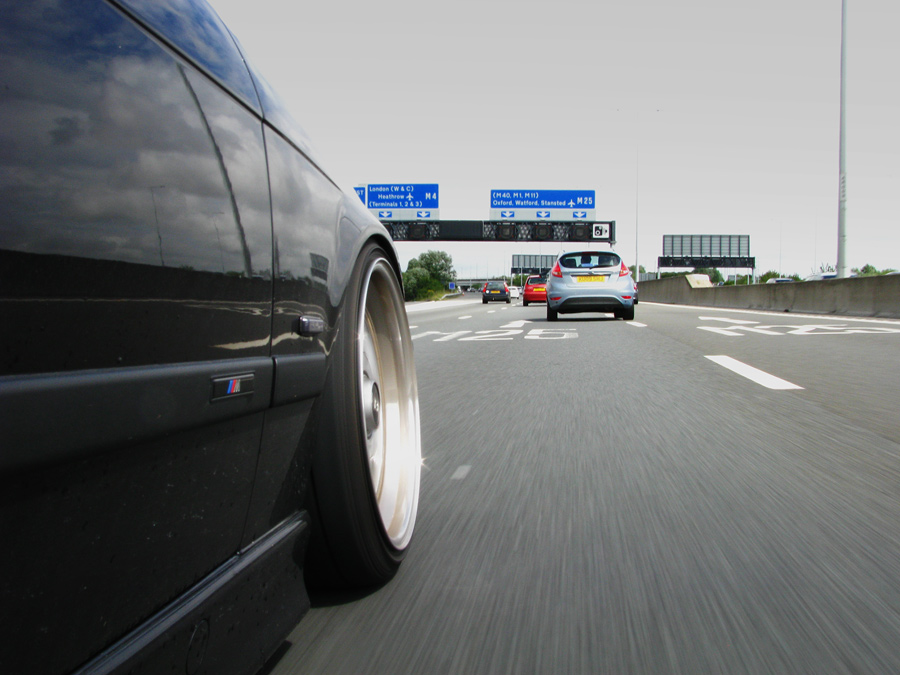 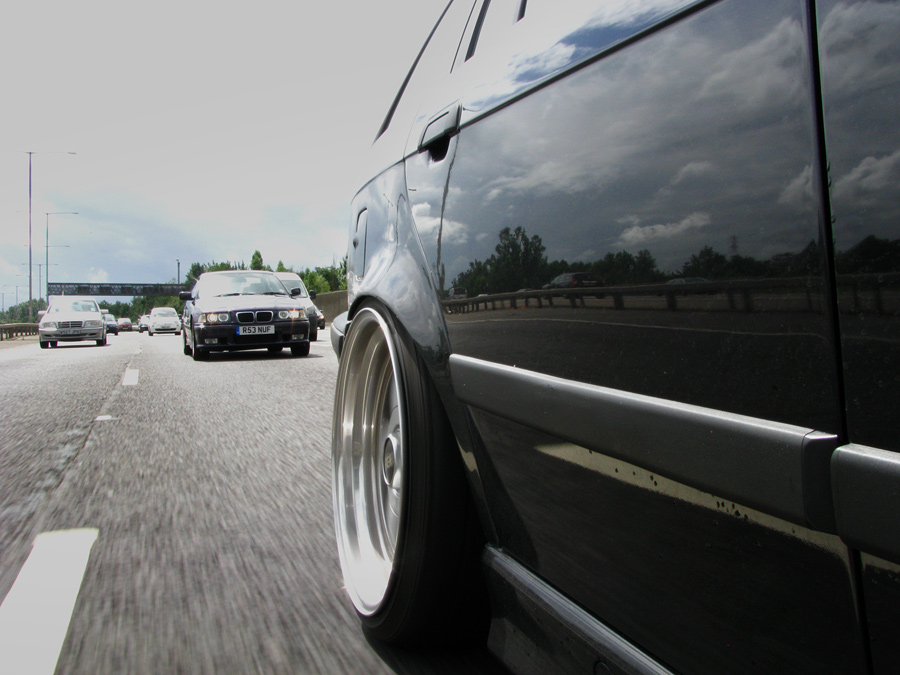 The Stanceworks show was absolutely awesome! But I’ll be covering the show in a separate post… Here’s a teaser, though! After the show, it was time to head back home to Germany. The trip left me completely amazed and I’m already planning further trips to the UK. I’ll be planning to visit the UK again this summer, so keep an eye out, maybe some of you will spot me at a show or two!